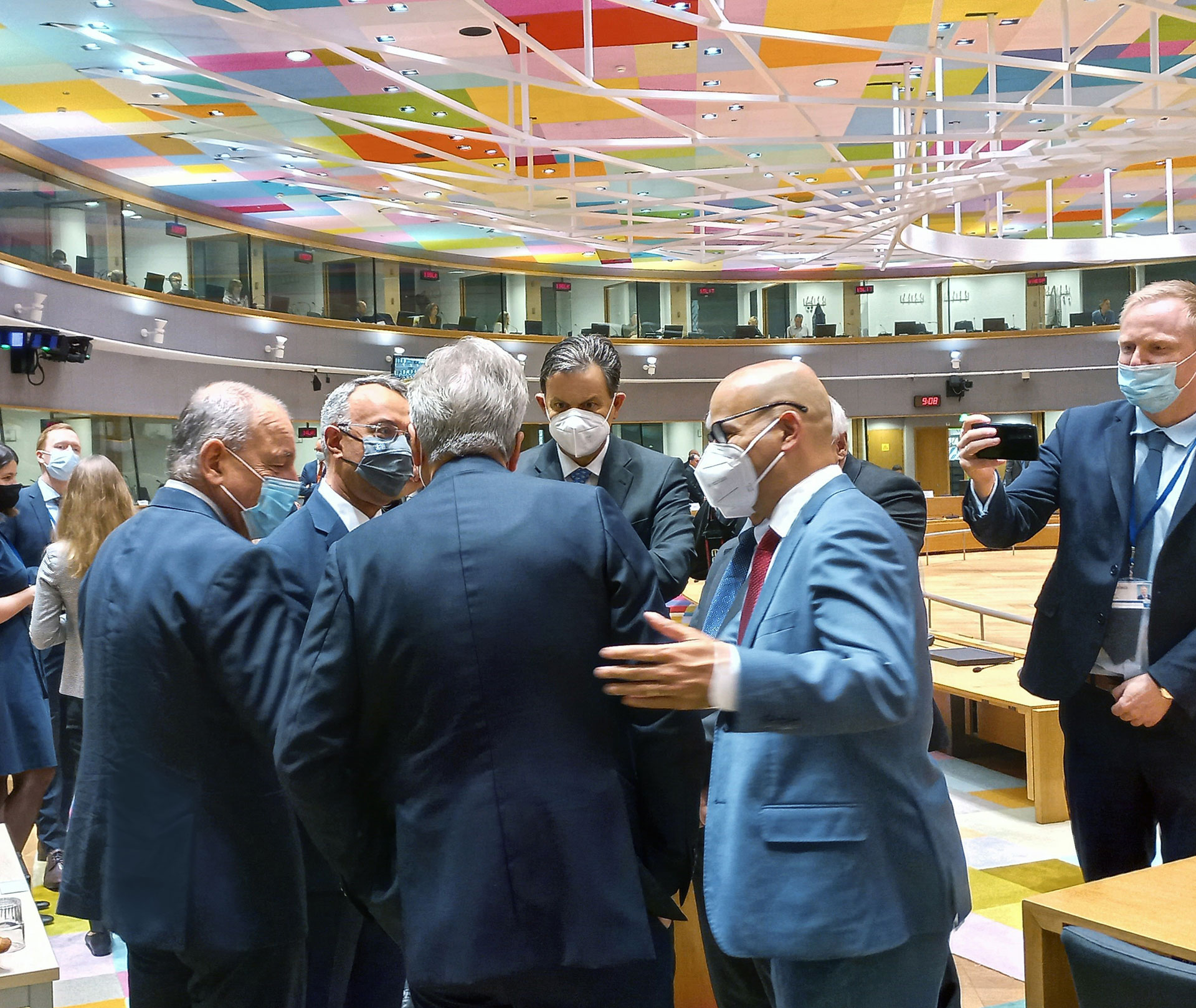 The Financing Agreement with the European Commission’s concerning the 17.8 billion EUR requested by Greece under the National Recovery and Resilience Plan “Greece 2.0″ was signed in Athens and Brussels on 23rd July 2021. The agreement concerns an amount of 13.515.279.418 Euros as the rest of the grants, according to the Regulation, can be  made available  after the foreseen revision of the plan in 2023. , Immediately after, the loan agreement, was also signed  and it concerns very low-interest loans of 12 727 538 920 Euros. The financing and loan agreements were   signed on behalf of the European Commission by the Commissioner for Economy Paolo Gentiloni and the Commissioner for Budget and Administration Johannes Hahn respectively and on behalf of the Hellenic Republic by the  Minister of Finance Christos Staikouras and  the Alternate  Minister of Finance Thodoros Skylakakis.

Upon signature of the financing agreement the Alternate Minister of Finance and responsible for the Recovery Fund, Thodoros Skylakakis made the following statement:

“The signing of the agreement paves the way for the implementation of “Greece 2.0”, our National Recovery and Resilience Plan. A plan that brings enormous European funds (EUR 30.5 billion) and intends to mobilise twice as much investment resources (60 billion euros) for the benefit of all Greek citizens. Including a series of investments and reforms the plan “Greece 2.0” aspires to bring the country – economy, society and institutions – to a new era. To trigger a fundamental shift of the economic model towards a more extroverted, competitive, green and productive model, with a less bureaucratic, more efficient and digitalised state, with drastically reduced shadow economy, a growth-friendly tax system and a high-quality and effective social protection network accessible to all.

Both agreements have been submitted to the Parliament for ratification which will be followed by the disbursement of the advance payment of a total amount of EUR 3. 964 672,598. The agreements, the Council’s implementing decision, the relevant contributions of the European Commission, the detailed plan and the relevant supporting reports are available on the website of the National Recovery and Resilience Plan here.

The  completion of these agreements is the culmination of a whole  year’s  hard work and I feel the need to thank all those who contributed to it, the ministers and their teams, the members of the Steering Committee, apart from me, the Deputy Minister for the Coordination of Government, Akis Skertsos, the Secretary-General for Public Investments and the PA, Dimitris Skalkos, the Head of the Economic Bureau of the Prime Minister Alexis Patelis, the President of the Council of Economic Experts, Michalis Argyros, as well as the Secretary-General for Coordination, Thanasis Kontogeorgis and the Governor of the Recovery and Resilience Fund Agency, Nikos Mantzoufas. But above all, I would like to thank our Prime Minister Kyriakos Mitsotakis, who gained this unique opportunity for Greece and entrusted me with the responsibility of coordination for its preparation and implementation”.

This website uses cookies so that we can provide you with the best user experience possible. Cookie information is stored in your browser and performs functions such as recognising you when you return to our website and helping our team to understand which sections of the website you find most interesting and useful.

Strictly Necessary Cookie should be enabled at all times so that we can save your preferences for cookie settings.

If you disable this cookie, we will not be able to save your preferences. This means that every time you visit this website you will need to enable or disable cookies again.